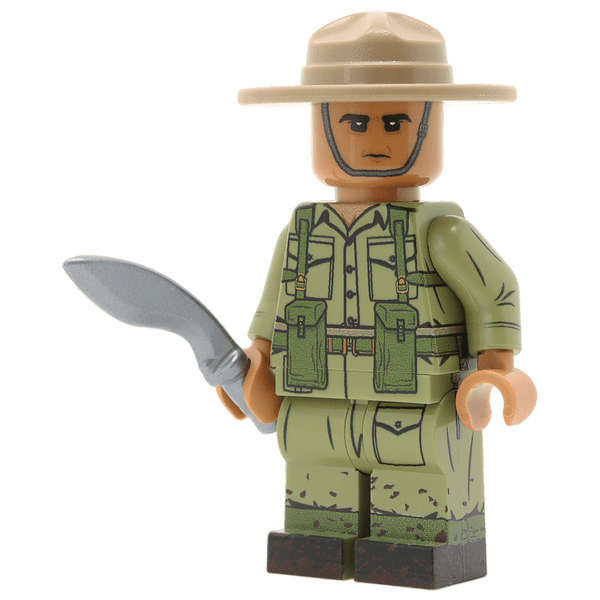 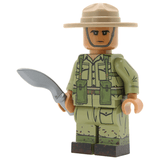 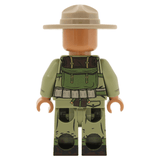 The Gurkhas are soldiers native to Indian Subcontinent, chiefly residing within Nepal and some parts of Northeast India. Gurkhas are closely associated with the khukuri, a forward-curving knife, and have a reputation for military prowess. Former Indian Army Chief of Staff Field Marshal Sam Manekshaw once stated that: "If a man says he is not afraid of dying, he is either lying or he is a Gurkha."

During World War II there were ten Gurkha regiments, with two battalions each, making a total of 20 pre-war battalions. Following the Dunkirk evacuation of the British Expeditionary Force in 1940, the Nepalese government offered to increase recruitment to enlarge the number of Gurkha battalions in British service to 35. This would eventually rise to 43 battalions.

Comes with BrickArms Kukhri - Not pictured, but will be updated soon

United Bricks custom printed collectable minifigures are printed on genuine brand new LEGO parts using a high quality UV printing method. They make the perfect gift or addition to a collection, and are a great way to learn history through building and creating scenes. This Minifigure features a fully printed 360 torso and legs, along with a printed head. It also comes with Brickarms Kukhri and LEGO campaign hat.