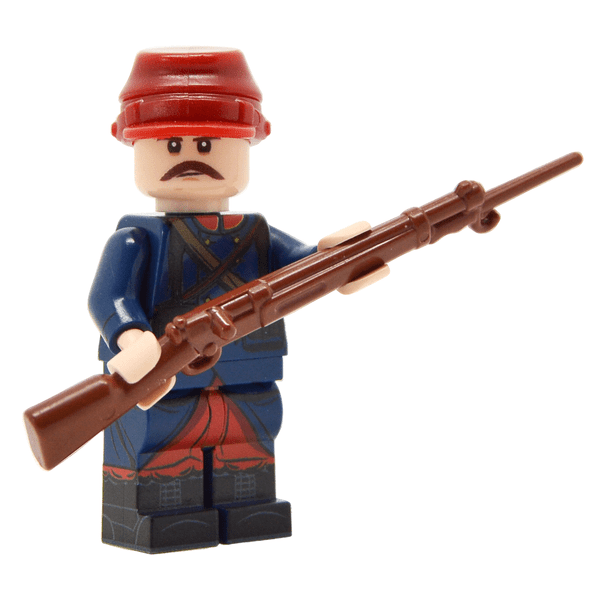 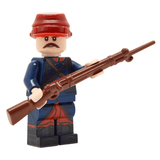 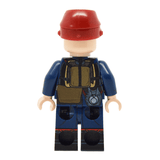 France had traditionally dressed its infantry in blue and red, and the infantry that marched to war in 1914 resembled their compatriots of 1870 in the Franco-Prussian War. Attempts to introduce a more practical field dress was opposed by conservative opinion within the army and amongst the public. A new uniform was in development but some officers declared that to alter the uniform on the eve of war would be a mark of cowardice. The high visibility of the uniform would contribute to very heavy French losses at the start of the war, and effort was made to cover the trousers with overalls and introduce a more practical uniform.

A dark blue (known as iron-grey) greatcoat was usually worn regardless of weather, along with the famous baggy red trousers, and comfortable kepi. The most common rifle was the 1893 model Lebel.