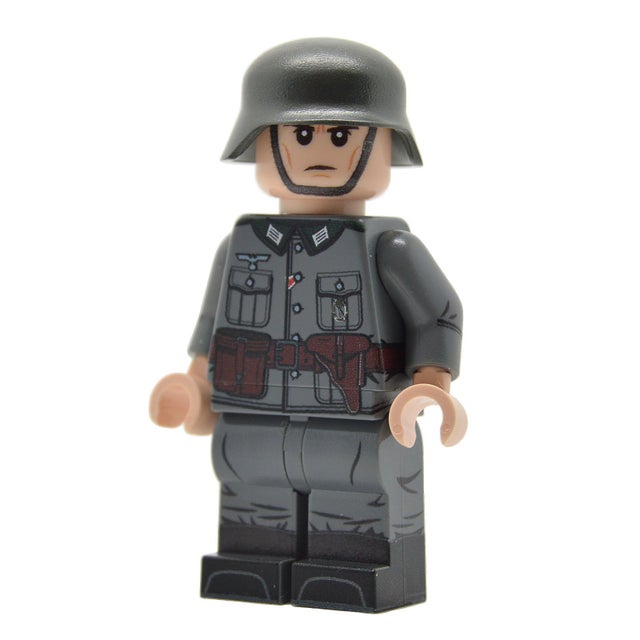 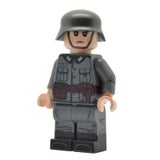 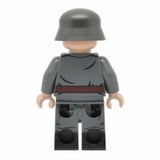 In the field, officer equipment was usually limited to a pistol (P08 Luger or P-38 Walther) and binoculars. Officers would often have their tunics tailored so it would be of a higher quality with more rounded pockets and roll-back cuffs. Breeches were worn instead of trousers, which would be tucked into black boots. From 31 October 1939 all officers below general-officer in combat units were ordered to wear the other ranks uniform, but many continued to wear their former uniforms or modified the other ranks' tunic by adding officer details.

We have designed the officer for taking part in the early stages of WW2, but can be used for any part of the conflict across the European theatres. The M36 tunic with the bottle-green collar was highly thought of and many later tunics were modified by salvaged M36 collars or had bottle-green collar overlays.