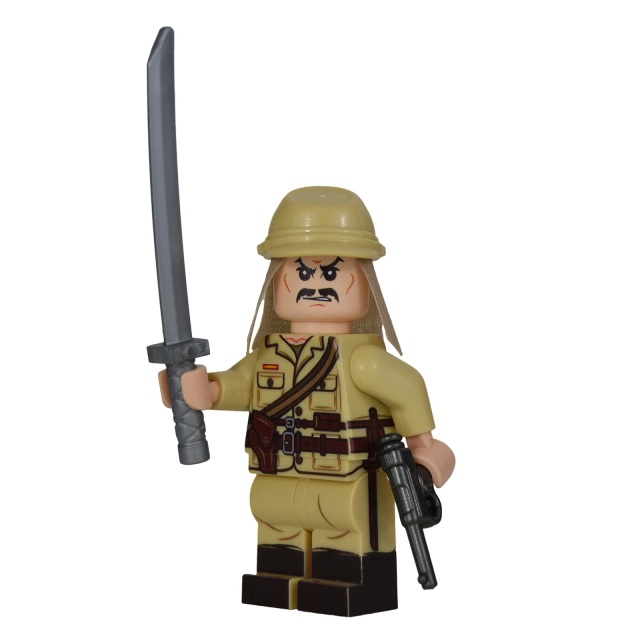 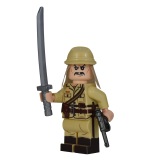 Imperial Japan was a significiant military power in Asia, with a reputation gained through victory in the First Sino-Japanese War and the Russo-Japanese War. The 20th century saw rapid modernisation and militarisation for Japan, and along with their conquests in China and Korea had provided them with a large and experinced military.

It was common for Japanese troops to use sun curtains to cover their necks in conflict. These could be tied to the peaked cap or attached to the helmet liner. Riding boots were worn by officers, especially those serving in China. Officers wore similar tunics to enlisted men, but theirs were privately tailored and made with superior cloth with metallic buttons. There were also additional pockets at the waist.

Japanese swords were a symbol of authority for officers and NCOs, with the Shin Gunto being the most common design during WW2. A rise in nationalism within the Japanese armed forces saw a return to tradition for their design, but most were machine made. Although, occasionally an ancestral blade could be found returning to the field of battle, to retain family honour in another era.