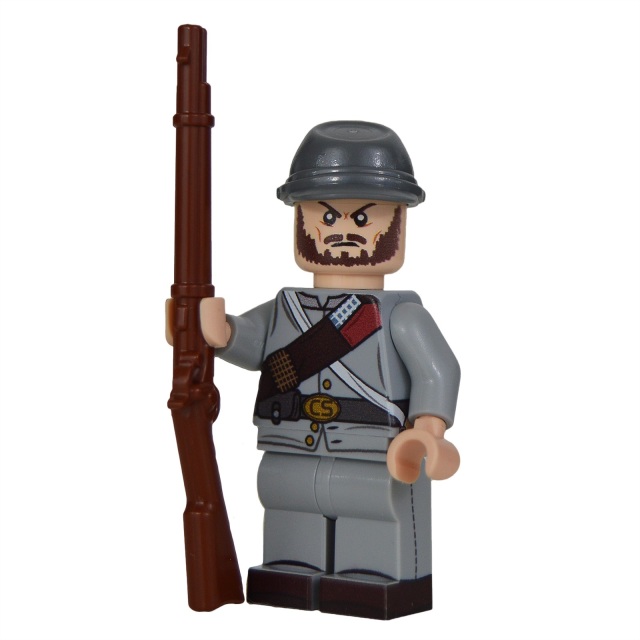 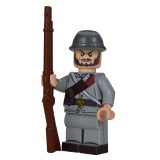 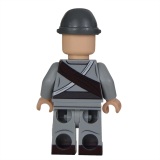 At the outbreak of the American Civil War in 1861 the US Army was small and lacking of experience, with only 16,000 enlisted men and officers. Neither side was prepared militarily for tbe conflict, with much of the army scattered across the vast expanse of the American West. Loyalty would be an issue as units were called eastwards to either form the army sent to subdue the rebellion, or to join it. Compelled to join a side they would be torn by loyalty to their country, their native state, and to their army. Since the Confederacy had no regular army before the war one had to be created, with militia and state units drawn to do so.

Confederate regulation uniforms were similar to those for the US army, although they were generally grey in colour. The kepi was the preferred headgear for officers, but was also popular among the enlisted men alongside the ubiquitious slouch hat. The basic equipment was a cartridge box and cap box, a canteen, and perhaps a haversack or a blanket roll for personal items. Knapsacks were rarely used by confederate infantry, with the blanket roll being more comfortable to wear and perhaps offering some additional protection. The blanket roll was made by placing personal items on the blanket (which could range from "issue" blankets to a homemade quilt) and then rolling it up, then wearing it diagonally over his shoulder and across his chest.