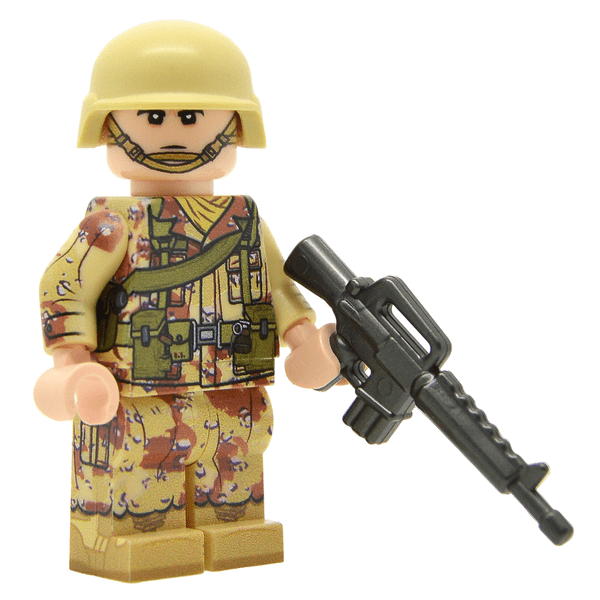 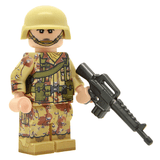 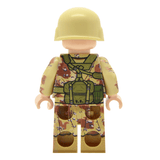 The Desert Battle Dress Uniform (DBDU) is a U.S. arid-environment camouflage battle uniform that was used by the United States Armed Forces from the early 1980s to the mid 1990s, most notably during the Persian Gulf War. A camouflage pattern known as the Six-Color Desert Pattern or colloquially as Chocolate-Chip Camouflage is used. The All-Purpose Lightweight Individual Carrying Equipment (ALICE) is being used, and controversially, the minifigure doesn't have body armour due to the shortage of it for soldiers serving during the conflict.