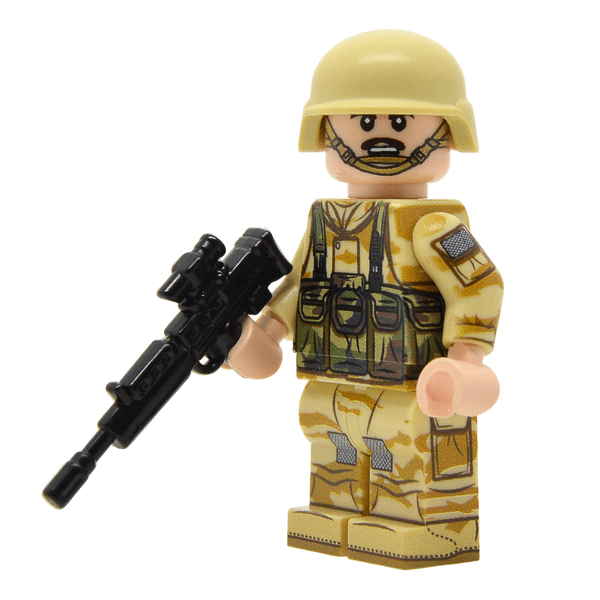 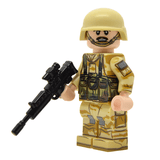 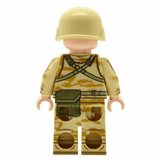 53,462 members of the British Armed Forces were deployed as part of the American-led Coalition force during the 1991 Gulf War.

Wearing Desert DPM camo uniform and body armor, this soldier is also carrying his respirator and has an Arktis chest rig. These were popular, especially among mechanized soldiers, due to them being more compact and less restrictive when inside vehicles.