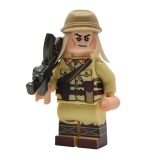 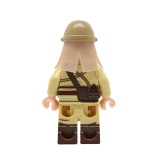 The Japanese Army at the outbreak of WW2 was in a very strong position. Success in the Second Sino-Japanese War granted considerable combat experience, and the aggressive surprise attack on Allied possessions in the Pacific bolstered the Empire of Japan's territorial expansion. The tide would soon turn against Japan as the U.S. gathered its strength and began a collosal offensive by land and sea in the Pacific, with the embargo cutting off vital supplies and leaving Japan's forces critically undersupplied from 1943 onwards. The fanatical belief of death before surrender and dishonour meant many Japanese soldiers would fight to the death, desperately trying to halt the Allies advance and stave off defeat.