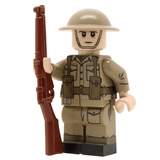 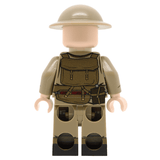 ﻿The British Army was, in 1939, a volunteer army. It was trained and equipped to be a small, mechanized, professional army, with its main function being to garrison the British Empire. It became evident early in the war that its initial structure and manpower was woefully unprepared and ill-equipped for a war with multiple enemies on multiple fronts. Limited conscription was implemented in early 1939, and full conscription shortly after the declaration of war with Germany. During the early years of the Second World War, the British Army suffered defeat in almost every theatre of war in which it was deployed. With mass conscription, the expansion of the British Army was reflected in the formation of larger armies and army groups. From 1943, the larger and better-equipped British Army never suffered a strategic defeat (although there were failures, most notably the Battle of Arnhem, part of Operation Market Garden, in September 1944).