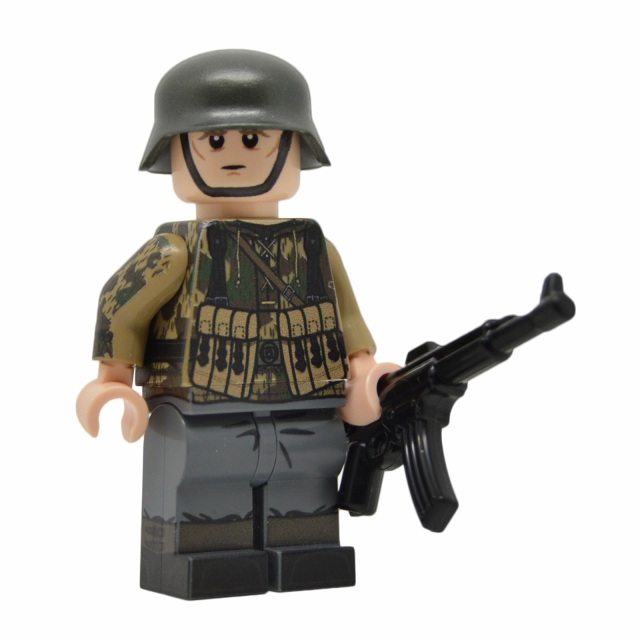 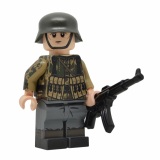 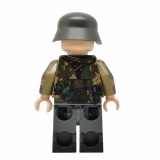 Splittermuster (splinter-pattern) was developed by Germany in the late 1920s. The pattern consists of a disruptive pattern of hard-edged polygons, with sharp corners between coloured patches. A random pattern of dashes was applied in places to improve the camouflage effect. Splittertarnmuster was first printed on the newly designed and issued triangular tent/poncho called the dreiecks zeltbahn (triangle tarpaulin). This pattern would be used for many German camouflage uniforms, such as the M1942 smock, which was reversible.