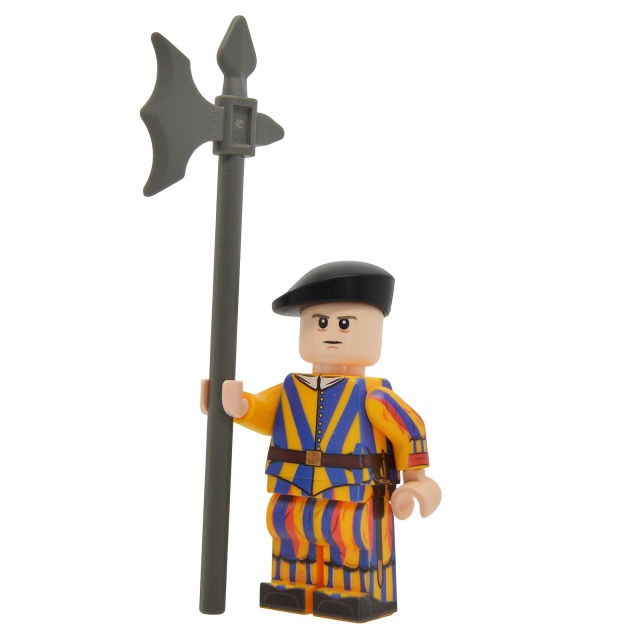 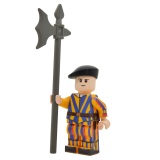 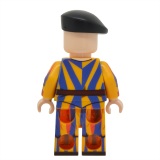 The dress uniform is of blue, red, orange and yellow with a distinctly Renaissance appearance. The modern guard has the role of bodyguard of the Pope. The Swiss Guard is equipped with traditional weapons, such as the halberd, as well as with modern firearms. Recruits to the guards must be unmarried Swiss Catholic males between 19 and 30 years of age who have completed basic training with the Swiss Armed Forces.