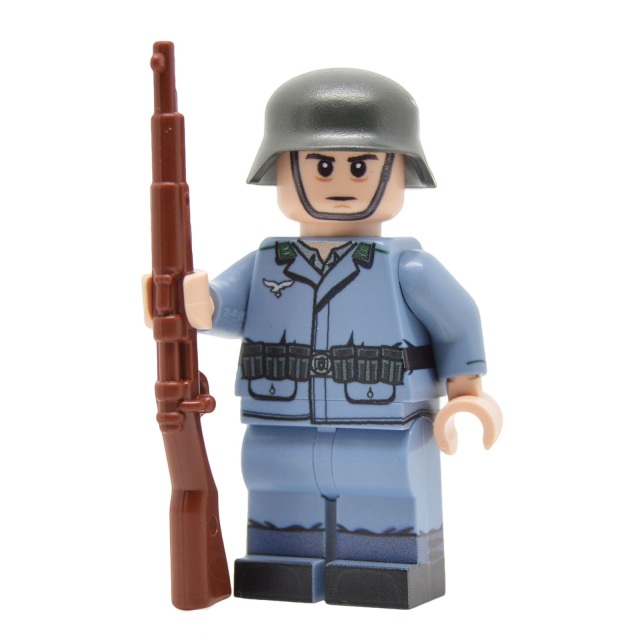 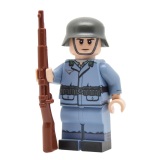 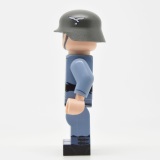 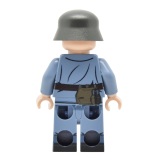 Until taken over by the Heer, and often afterwards, these units were issued with the standard Luftwaffe feldblau uniforms. These were easily identifiable, and often singled out the wearer to opposite forces. Bright green collar tabs denote this soldier as once being part of a radar unit or air traffic control.