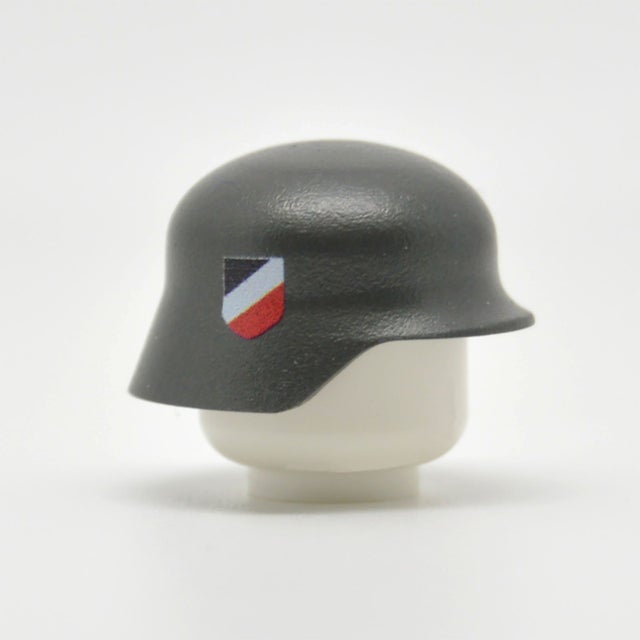 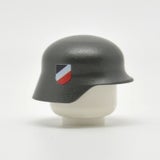 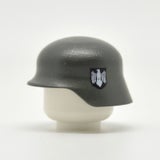 After Stahlhelm shells were painted, small identification or insignia decals usually were affixed to one or both sides of the helmet. Almost every military, naval, and political organization had its own distinctive insignia. The right side bore the tricoloured shield of black, white, and red stripes, the traditional national colors of the pre-WWI German Empire. The left side had decal insignia denoting the branch of the armed forces, in the case of the Heer it was the National Emblem of the German Reich.