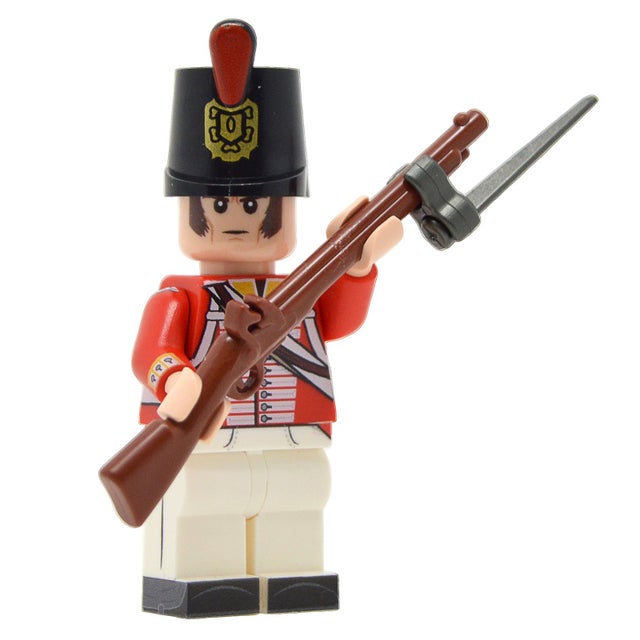 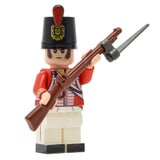 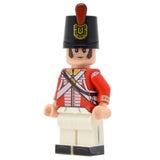 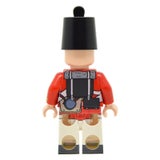 The Peninsular War(1807–1814) was a military conflict fought by Bourbon Spain and Portugal, assisted by Great Britain, against the invading and occupying forces of the First French Empire for control of the Iberian Peninsula during the Napoleonic Wars. The British Army, under then Lt. Gen. Sir Arthur Wellesley, later the 1st Duke of Wellington, guarded Portugal and campaigned against the French in Spain alongside the reformed Portuguese army. In 1812, when Napoleon set out with a massive army on what proved to be a disastrous French invasion of Russia, a combined allied army under Wellesley pushed into Spain, defeating the French at Salamanca and taking Madrid. In the following year Wellington scored a decisive victory over King Joseph Bonaparte's army in the Battle of Vitoria.

We have designed the British Line infantryman as was typical during the Napoleonic Wars, with the summer trousers being worn. Regimental colours were shown on the collars and cuffs (we chose yellow as it was one of the most common colours), and the shape and design of the gold strap clasp differed by regiment too (oval or rectangular). The Stovepipe shako was introduced in 1799 until replaced by the Belgic shako officially in 1812, but was not introduced completely until 1815.