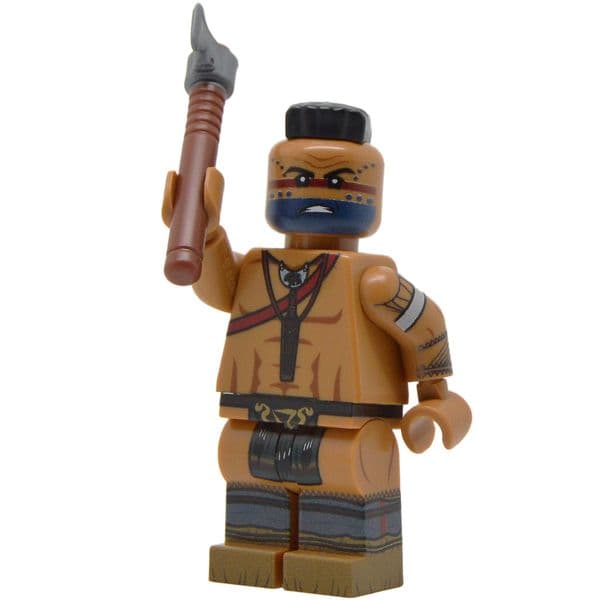 ﻿Native American tribes tried to remain neutral during the Revolutionary War, but many would have to choose a side as they couldn't avoid the escalating conflict. Many sided with the British, with four of the six tribes of the Iroquois Confederacy aiding them in exchange for the return of land being encroached upon by the colonists. Some aided the Continental Army, reasoning that they would be better positioned to win the war. The Iroquois Confederacy was shattered as a result of the War, and in the ensuing peace treaty would see much of their ancestral land ceded to the Americans.

Native American War Paint was used to distinguish different tribes, as well as frighten the enemy. He wields a war hatchet, and has a knife sheathed hanging from his neck. It was not unusual for warriors to arm themselves (either given by allies or taken from enemies) with muskets.