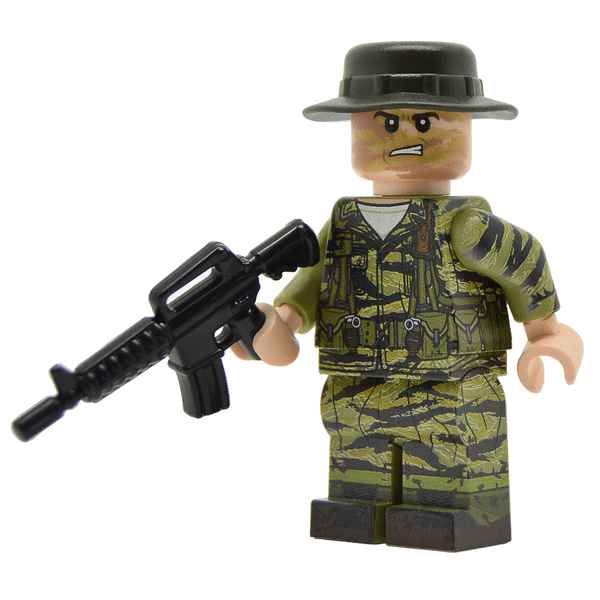 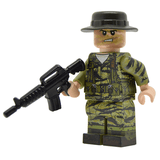 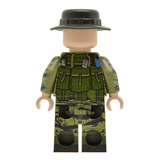 Special Forces soldiers were sent on reconnaissance, or to 'take the war to the enemy’ in the villages and jungles of Vietnam. They would be expected to carry a lot of equipment in order to be prepared for long periods of time between resupply, as well as having whatever they needed depending on what sort of enemy resistance they encountered.

Tigerstripe is the name of a group of camouflage patterns developed for close-range use in dense jungle during jungle warfare by the South Vietnamese Armed Forces and adopted in late 1962 to early 1963 by US Special Forces during the Vietnam War.

The weapon included with this minifigure is the BrickArms XM177/CAR-15 Ziccardi, which was the weapon of choice for many members of U.S. Special Forces in the Vietnam War.