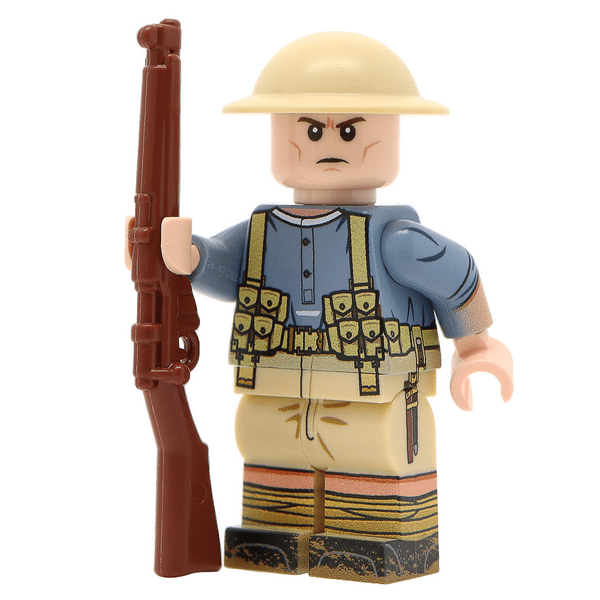 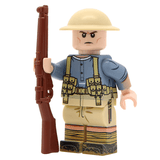 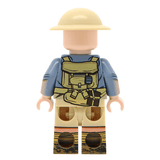 The Middle Eastern theatre of World War I saw action between 29 October 1914 and 30 October 1918. There were five main campaigns: the Sinai and Palestine Campaign, the Mesopotamian Campaign, the Caucasus Campaign, the Persian Campaign, and the Gallipoli Campaign. The theatre covered the largest territory of all theatres in the war.

The British uniform for this theatre was to accommodate for the warmer climate soldiers would need to endure. Shorts and drill shirts were very commonly seen. The brodie helmet was first introduced in 1916, but a pith helmet can be used for scenes before that date. Equipment was otherwise standard for the British Army.