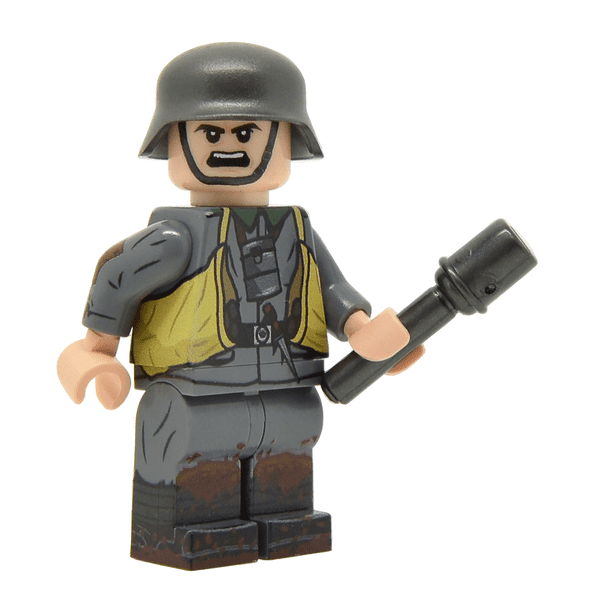 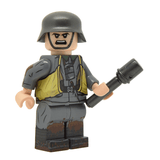 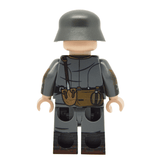 Stormtroopers were specialist soldiers of the German Army in World War I. In the last years of the war, they were trained to use infiltration tactics as an improved method of attack on enemy trenches. Stormtroopers were equipped differently from standard infantrymen. Lighter footwear was issued, and uniforms were reinforced with leather patches on knees and elbows to protect them when crawling. Special bags designed to carry grenades replaced the old belts and ammunition pouches.