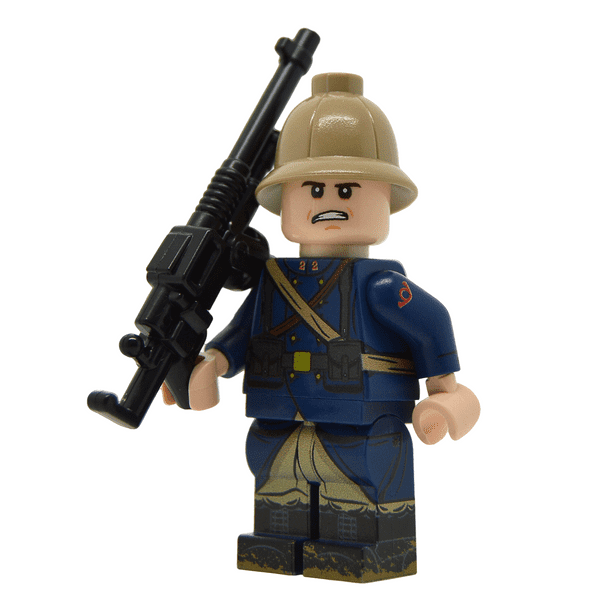 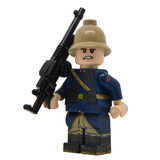 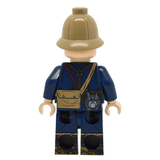 79,000 French fought in the Gallipoli Campaign as part of the Oriental Expeditionary Corps. Among these, was a battalion of the French Foreign Legion. They landed with their M1886 colonial helmet with khaki cover, and their dark blue M1877 greatcoat (with a marksman's red bugle badge on his sleeve). More appropriate clothing was eventually used, but upon embarkation in March 1915 many wore the colonial uniform. He is carrying an M1914 Hotchkiss gun.

This is a limited run minifigure, once it has sold out, we won't be printing any more!