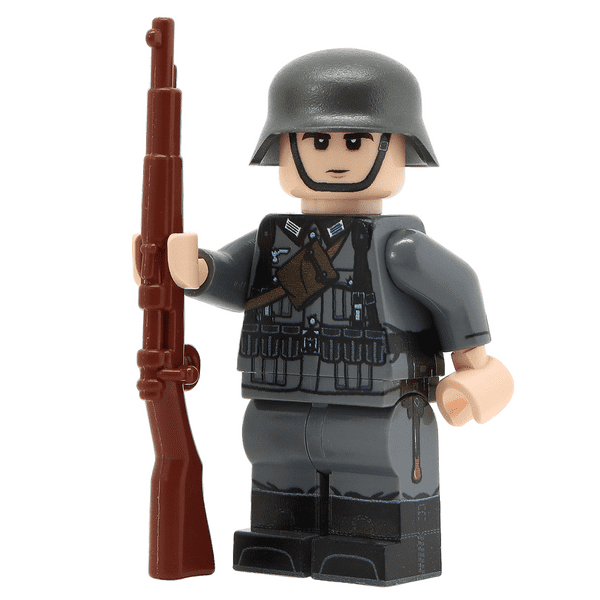 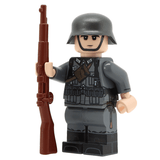 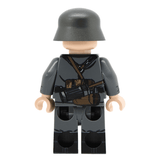 This minifigure is designed as a typical German Rifleman of 1939/1940 with an M36 tunic, jackboots, gas cape bag, bread bag and canteen, gas mask canister, and kar98k pouches. The y-strap suspenders were introduced early in 1939, and would gradually be standard for infantry of the Heer. The bottle green collar would be removed from the tunics from 1940 onwards, but they were popular with the soldiers who would often modify new tunics with salvaged collars. Although this minifigure is best suited for 1939/1940 scenes, it wouldn't be uncommon to see soldiers uniformed like this in 1941, or even 1942, but would become increasingly rarer as the war progressed and supplies diminished.