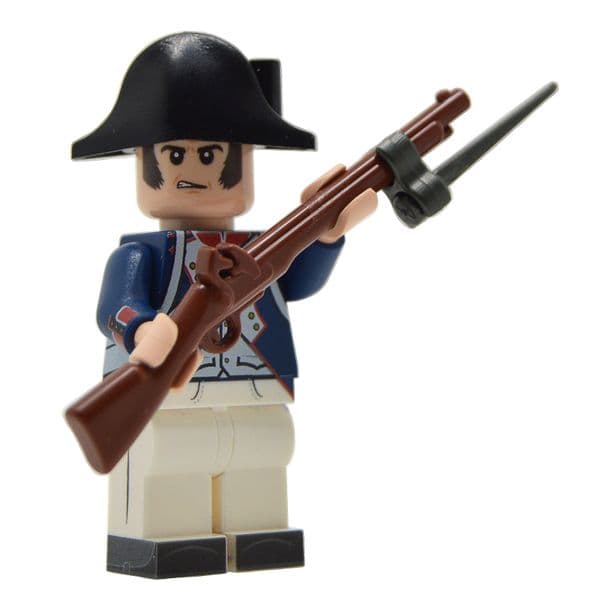 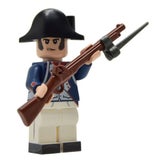 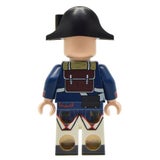 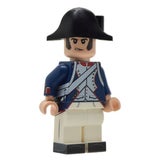 By the mid-18th century, the French Army used the term fusiliers to designate ordinary line infantry. After many years of campaigning under Napoleon the French fusilier was among the best standard infantry in Europe. Their loyalty and love of the Emperor was rewarded with numerous victories throughout the Napoleonic Wars.

The uniform of the French army changes very little from the French Revolution. The bicorne was replaced by a shako in 1807, but the uniform remained the same until the Bardin Reforms of 1812 (The only real change being the introduction of the habit-veste, a coat with an even shorter tail, and the changes weren't complete until 1814). This means that you can use this minifigure for scenes after 1807 by changing the bicorne for a shako.