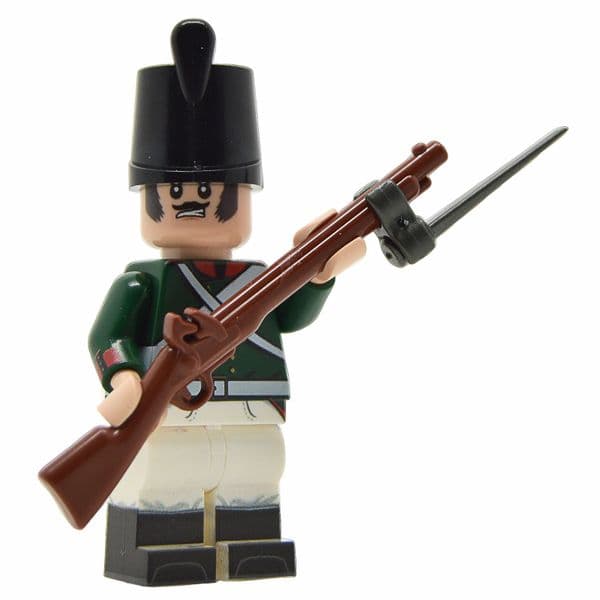 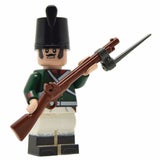 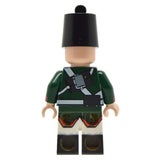 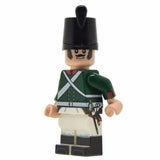 At the outset of the Napoleonic Wars the Imperial Russian Army didn't have the best reputation. The Russian soldier, in line with 18th-century practice, was regularly beaten and punished to instill discipline. Furthermore, many lower-level officers were poorly trained and had difficulty getting their men to perform the sometimes complex maneuvers required in a battle. The use of the bayonet was a predominant tactic for the Russians, with them using it more than even the French and British. Field Marshal Alexander Suvorov stated "The bullet is a mad thing; only the bayonet knows what it is about".

This minifigure is perfectly suited for the Battle of Austerlitz, where the Russian forces comprised the bulk of the army facing Napoleon.