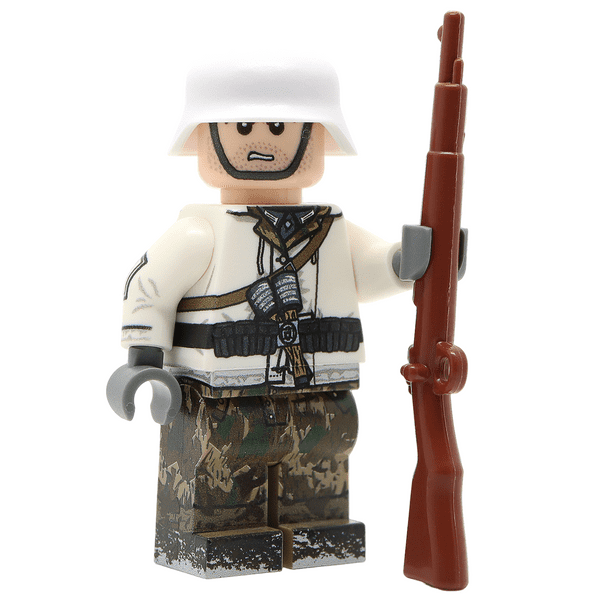 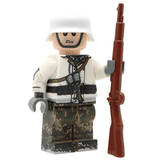 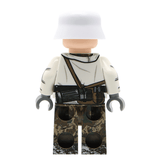 Panzergrenadier were introduced in 1942, and were the infantry component of Panzer divisions as well as the new Panzergrenadier Divisions. They were infantry transported in combat vehicles, usually lorries, but sometimes by armored halftracks.

Equipment was generally similar to that of standard infantry, but would sometimes opt for opt for light-order equipment for mechanized combat. The M1942 padded reversible winter tunic in first patter white/Zeltbahn 31 camouflage, which was usually issued to armored infantry units, is worn.