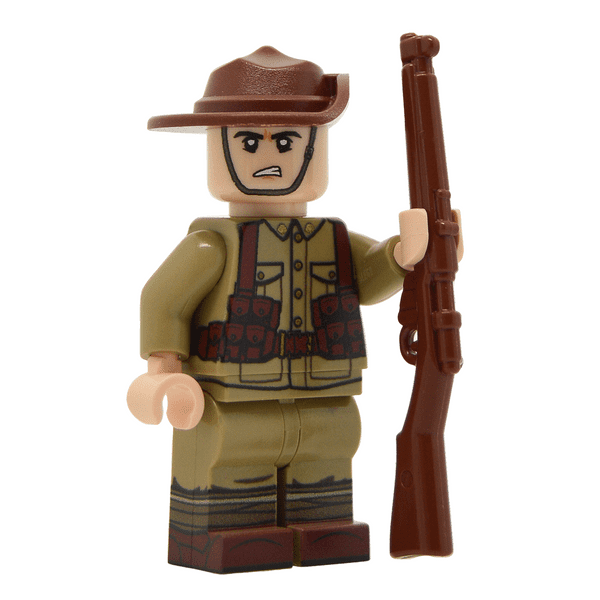 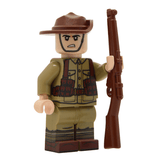 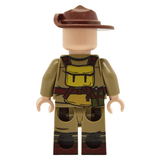 The Australian and New Zealand Army Corps (ANZAC) operated during the Gallipoli campaign, which primarily consisted of troops from the First Australian Imperial Force and 1st New Zealand Expeditionary Force. We have designed our minifigure in the style of an AIF soldier, but it can be used to represent an NZEF soldier by switching the slouch hat for a lemon squeezer hat.

Their uniform was generally similar to that of the British, as was their equipment, but it was frequently the leather 1908 pattern equipment.