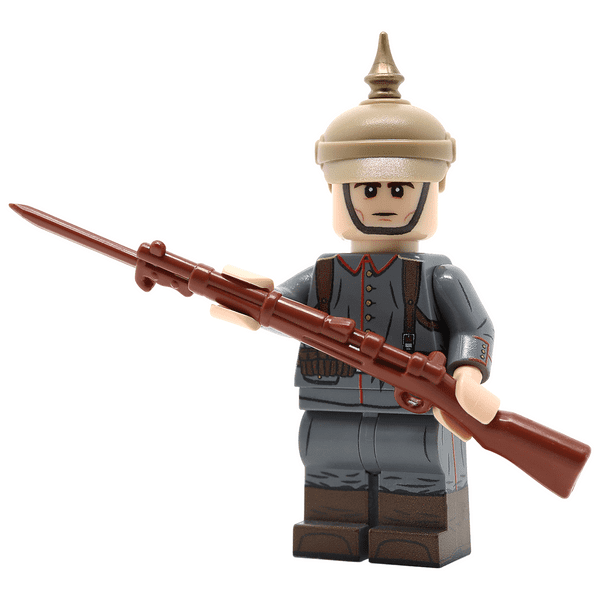 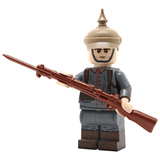 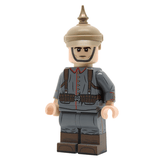 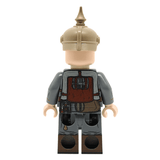 The Imperial German Army was among the strongest of its time, with an emphasis on efficiency, high quality training, and experienced and capable officers. Even so, waging a war on two fronts and having the conflict wage on far longer than intended after the failure of the Schlieffen Plan put a considerable strain on the army. The soldiers from the beginning of the war looked quite different than those near the end. While the color of field grey never really changed, the red piping was still very prominent on the tunic and trousers. The Pickelhaube was standard issue at the beginning of the war, and was usually worn with a cover. This would see widespread use until 1916 and the development of the stahlhelm.