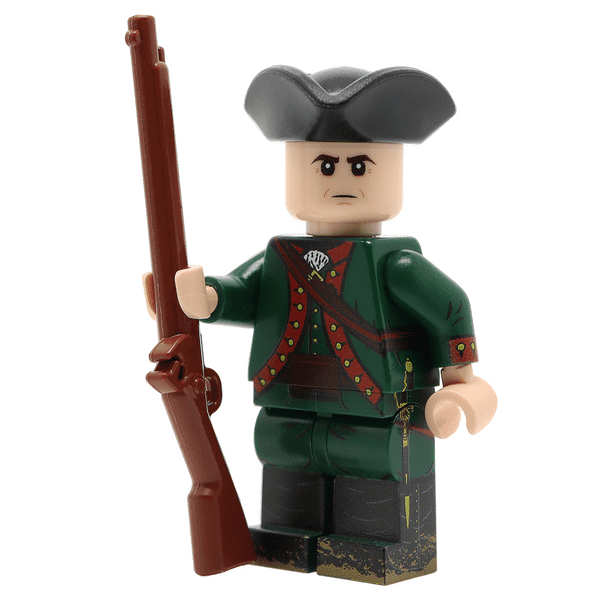 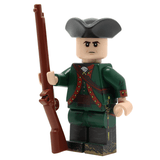 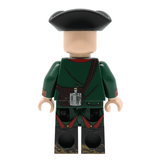 Hessians were German soldiers who served as auxiliaries to the British Army during the American Revolutionary War. The term is an American synecdoche for all Germans who fought on the British side, since 65% came from the German states of Hesse-Kassel and Hesse-Hanau. Known for their discipline and martial prowess, around 30,000 Germans fought for the British during war, comprising a quarter of British land forces.

Jaegers were recruited from experienced hunters and foresters and were among the best of the German troops. The excelled at skirmishing, scouting, ambushes, and marksmanship. They didn't have bayonets for their muskets, so were issued short swords. The minifigure is designed how a member of the Hesse-Cassel Feldjaeger corps jaeger would look like in the field, but the Anspach-Bayreuth Jaegers also wore the same uniform.