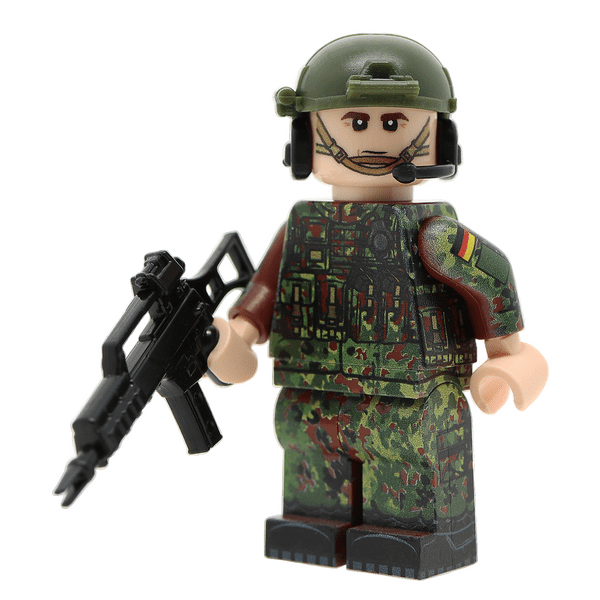 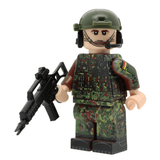 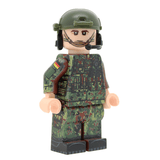 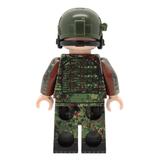 The Bundeswehr (Federal Defense) is the unified armed forces of Germany. As of July 2021, the Bundeswehr has a strength of 184,507 active-duty military personnel and 80,374 civilians, placing it among the 30 largest military forces in the world and making it the second largest in the European Union behind France in personnel. In addition the Bundeswehr has approximately 30,050 reserve personnel.

The minifigure features the German Flecktarn 5-colour pattern, which was designed for use in European temperate woodland terrain.