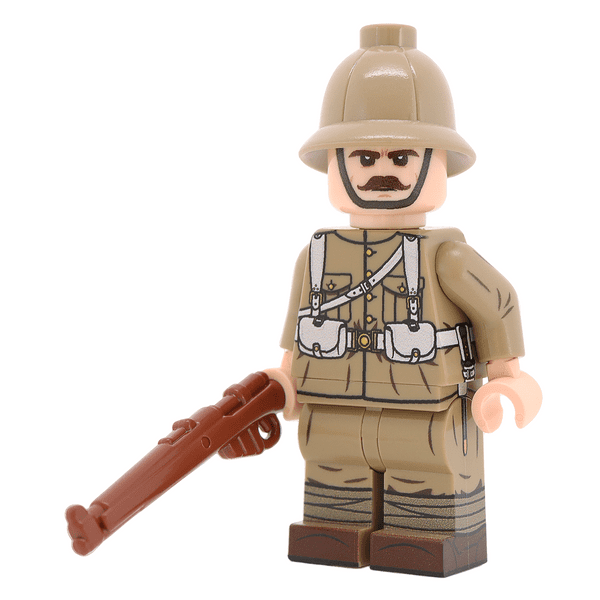 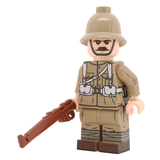 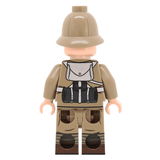 The Second Boer War (11 October 1899 – 31 May 1902), was a conflict fought between the British Empire and the two Boer Republics (the South African Republic and the Orange Free State) over the Empire's influence in Southern Africa. Triggered by the discovery of diamond and gold deposits in the Boer republics, the Boers launched successful attacks against British outposts in the opening stages of the war before being pushed back by imperial reinforcements. Though the British swiftly occupied the Boer republics, numerous Boers refused to accept defeat and engaged in guerrilla warfare. Eventually, British scorched earth policies brought the remaining Boer guerillas to the negotiating table, ending the war.

The British Army had learnt from the harsh lessons of the First Boer War of how their bright red tunics provided a liability in wars where weapons had increasing range. The conspicuousness was exacerbated by the contrasting white webbing which provided an X on the soldier's chest. Khaki uniforms began to replace red and proved much more viable.