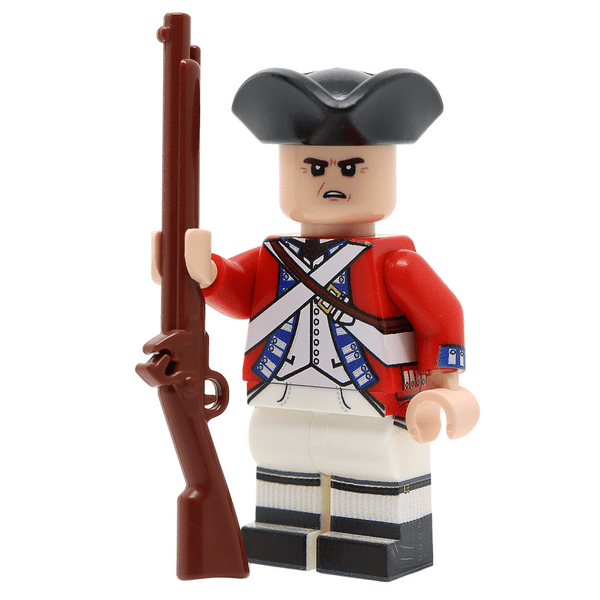 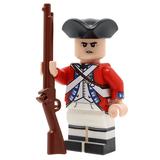 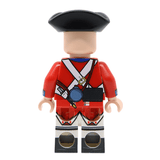 In 1775 the British Army was a volunteer force. The army had suffered from lack of peacetime spending and ineffective recruitment in the decade since the Seven Years' War, circumstances which had left it in a dilapidated state at the outbreak of war in North America. The attrition of constant fighting, the inability of the Royal Navy to decisively defeat the French Navy, and the withdrawal of the majority of British forces from North America in 1778 ultimately led to the British army's defeat. The surrender of Cornwallis's army at Yorktown in 1781 allowed the Whig opposition to gain a majority in parliament, and offensive British operations in North America were brought to an end.

The blue facings denote this soldier as being part of one of the Royal Regiments.