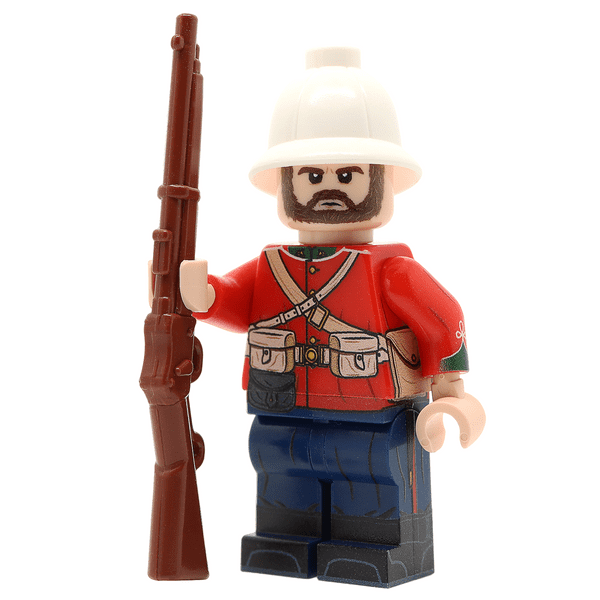 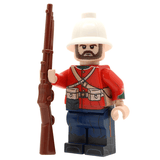 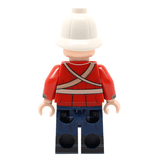 The standard uniform when fighting in Zululand was the scarlet tunic and dark blue trousers, and the infantry equipment worn was the 1871 Valise Pattern.