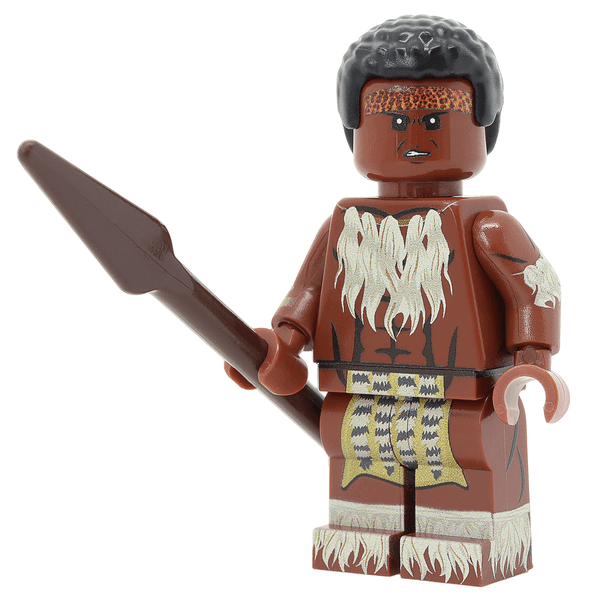 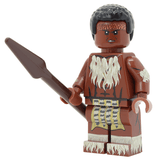 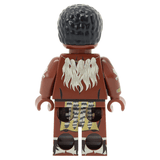 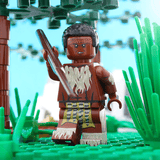 The Anglo-Zulu War was fought in 1879 between the British Empire and the Zulu Kingdom. The war is notable for several particularly bloody battles, including an opening victory of the Zulu at the Battle of Isandlwana, followed by the successful defense of Rourke's Drift by a small British force from attack by a large Zulu force. The British eventually won the war, ending Zulu dominance of the region.

The Zulu were among the most mobile foot soldiers in the world. Trained to go permanently barefoot, Shaka's troops could cover fifty miles a day, and launch attacks almost at a flat run. The more inexperienced and younger regiments had darker shields, with greater proportions of white on the shield denoting greater experience and age. This warrior is unmarried, and needs to "wash their spear" in the blood of an enemy of the king to choose a girl to marry, as well as gaining enhanced status. Fringes of cow tails are hung around the neck, as well as on the arms and legs. The heavy kilt is of monkey tails, called an insimango. A leopard skin head-band is also worn.