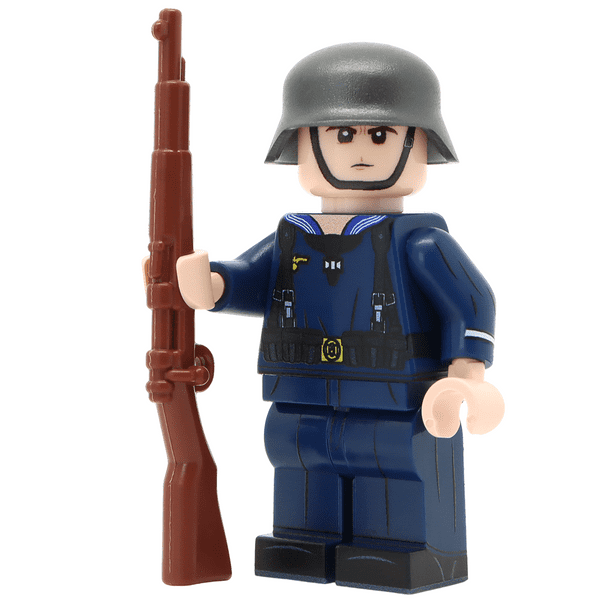 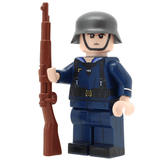 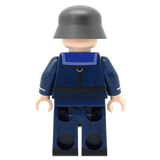 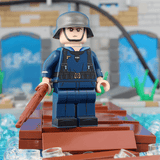 The Marine-Stoßtrupp-Kompanie (marine shock-troop company) was formed in March 1938. On 1 September 1939 it took part in the Battle of Westerplatte. In 1940 the unit was expanded to six companies as Marine-Stoßtrupp-Abteilung. The formation participated in the occupation of Normandy and the Channel Islands. In 1945 a number of Navy sailors were sent to fight in the Battle of Berlin by order of Grand Admiral Dönitz, while thousands were organized into infantry formations.

United Bricks custom printed collectable minifigures are printed on genuine brand new LEGO parts using a high quality UV printing method. They make the perfect gift or addition to a collection, and are a great way to learn history through building and creating scenes. This Minifigure features a fully printed 360 torso and legs, along with a printed head. It also comes with a gunmetal BrickArms Stahlhelm and a BrickArms Kar 98K.