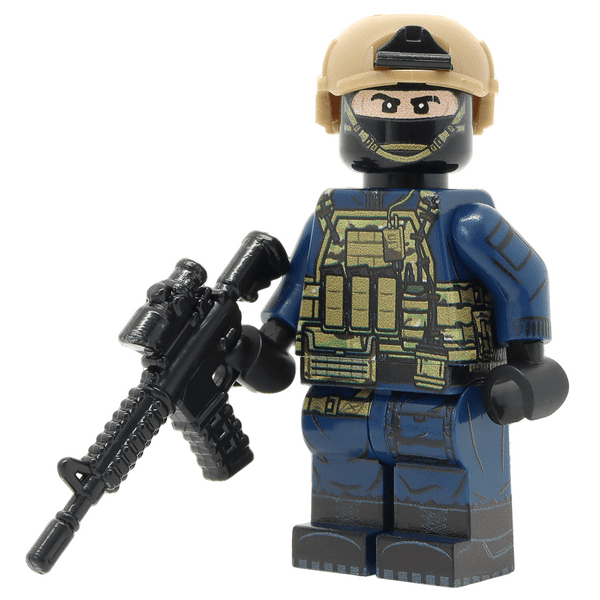 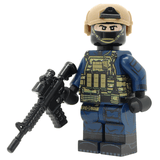 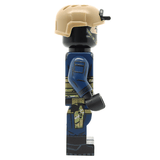 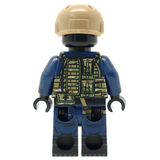 The Special Air Service (SAS) is a special forces unit of the British Army. The unit specialises in a number of roles including counter-terrorism, hostage rescue, direct action and covert reconnaissance. Much of the information about the SAS is highly classified, and the unit is not commented on by either the British government or the Ministry of Defence due to the secrecy and sensitivity of its operations.

Equipment and weapons used vary and depend on the requirements of the role being undertaken. We have designed this minifigure outfitted for an urban role with a BrickArms M4 Phoenix and a Minifig Cat Combat Helmet.