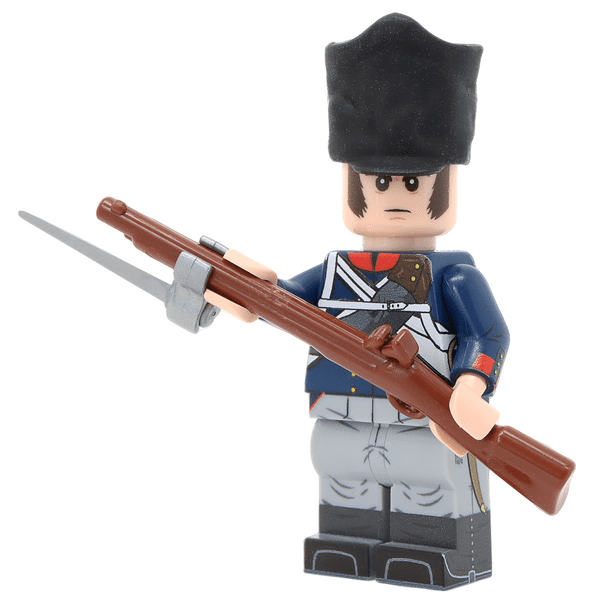 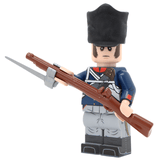 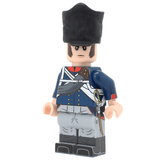 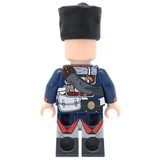 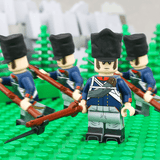 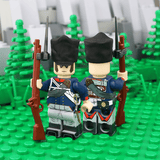 Musketeers were the usual Line Infantry in the Prussian Army; they were organized in Battalions which consisted in four companies of Musketeers and generally a platoon of Schützen (Carabiniers, élite light infantry, trained in accuracy).

In 1808, a new uniform was adopted by the Prussian infantry. The tunic was the dark blue 'Kollet' which had first been issued in the end of 1807. The Kollet terminated in the front at the waist and had short coat-tails at the rear. The front bore two rows of buttons. The shako was often worn with a cover while on campaign. This minifigure is well suited for scenes from the Wars of Liberation and the Hundred Days Campaign.