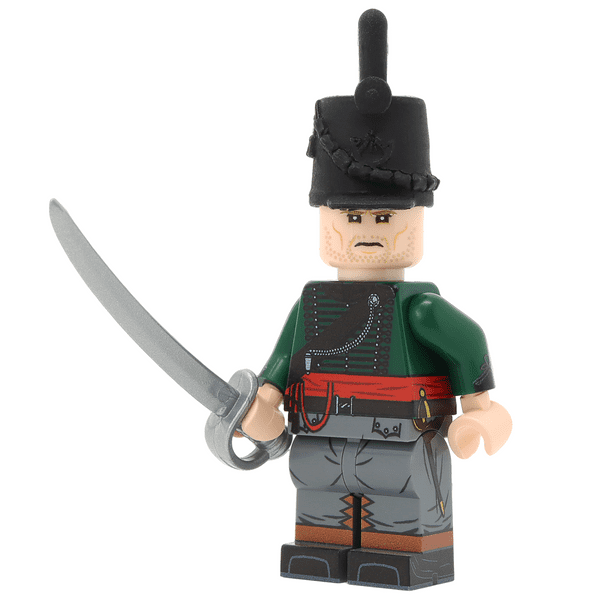 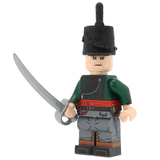 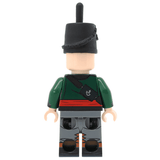 In 1800 the Experimental Corps of Riflemen was formed, eventually becoming the 95th (Rifle) Regiment of Foot in 1803. Riflemen were different, in many ways, to the soldiers that made up the bulk of the British Army. Instead of the classic 'redcoat' with white crossbelts worn by most infantrymen, the Rifles wore a distinctive 'greenjacket' and black leatherwork.

During the Napoleonic Wars they fought prominently in the Peninsular Campaign, as well as in the Hundred Days War after the return of Napoleon, which culminated in his defeat at Waterloo.

This minifigure comes with BrickArms sabre, and a 3D printed inhouse made shako.