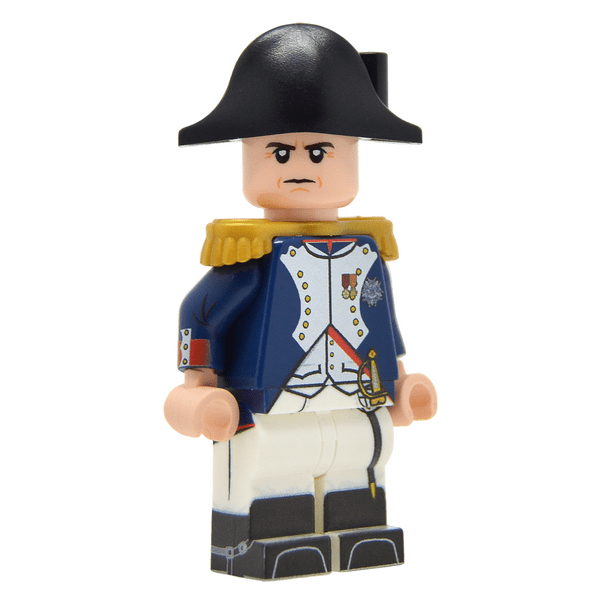 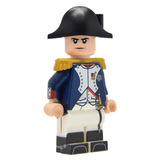 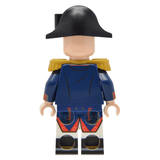 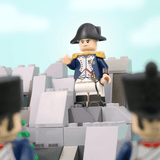 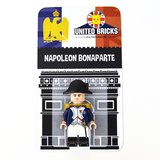 ﻿Napoleon had two preferred outfits, one of which was the green and white uniform of a colonel of the chasseurs à cheval (light cavalry) of the Imperial Guard. This minifigure has the other which was the blue and white uniform of a colonel of the grenadiers à pied (infantry) of the Imperial Guard. Accounts differ on the favourite of the two, but it seems the green cavalry uniform was worn more often on campaign (exactly where you want him to be leading his men for the glory of France!). Vive L'Empereur!